The long-range shooting world record was broken yet again when a team of spotters and a shooter hit a target at 4.4 miles (7,744 yards) in the Wyoming desert earlier this month. The marksmanship feat was orchestrated by Scott Austin and Shepard Humphries, who run Nomad Rifleman, a long-range shooting school out of Jackson Hole, Wyoming. 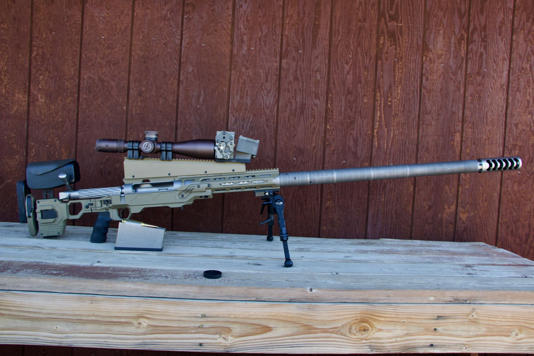 This is the rifle that set the new record for the longest hit on a target—a 4.4 mile shot using a highly customized .416 Barrett.© Matthew Mellor
Together with a group of friends they spent several hours launching bullets downrange before connecting on their 69th shot, according to a release on Nomad Rifleman’s website.
Making that many shot attempts isn’t unusual when trying to set records of this type. Humphries noted that the previous record, a four-mile shot made by Paul Phillips in 2019, required 69 attempts as well before the shooter connected.
World-Record Shot: Skill, Luck or Both?
With a 1.44 percent hit ratio, a shooting exhibition like this does raise an obvious issue: What does it signify in terms of actual marksmanship? That’s a somewhat difficult question to answer as a lot of skill, engineering, and prep work—more than 1,500 hours, according to Humphries—went into the feat, which required an element of favorable probability (aka luck) to come to pass. 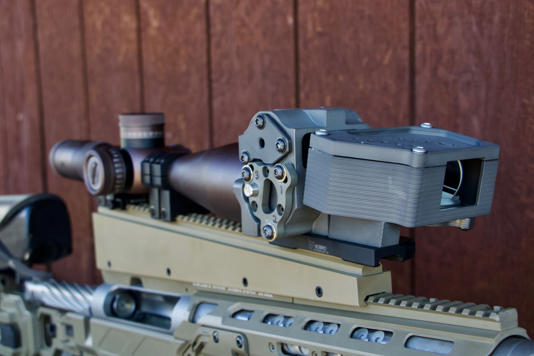 The highly modified scope system used on the rifle that set the new world record for the longest rifle shot.© Matthew Mellor
The target they shot at was constructed of thin sheet metal and measured 10 feet wide by 7.6 feet tall. It was also placed at a steep angle so it would be more in line with the fall of the bullet as it came back to earth. The target’s dimensions (120 inches by 92 inches) made it 1.54 MOA wide and 1.18 MOA tall at 4.4 miles. At 1,000 yards that would be a sporty target—basically 15.4 by 11.8 inches—but by no means difficult to hit consistently with a good rifle and ammo. But there’s a world of difference between ringing steel at a grand and doing it at more than 7,700 yards. 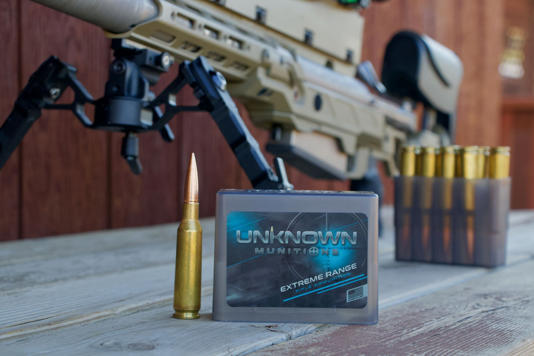